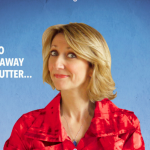 TV Bomb ★★★★  (Edinburgh Fringe) There is something layered and special at the heart of this production”.

West End Wilma  ★★★★ (Paris) Sarah Tullamore is a great storyteller and has a beautiful voice that could rival Julie Andrews. London-Paris-Roam! is definitely something I would take friends to see for a fun night out at the theatre!

Chris Omaweng ★★★★ (Londontheatre1.com) This is a fun-filled, enthusiastic and appealing production, utterly delightful.

London-Paris-Roam! the story so far… :

This show was premiered in Paris in November 2015 at the Comédie Nation Theatre. In the first part of 2016, following this sold-out Paris début, there were two full-length performances in London at The Rosemary Branch Theatre and the official industry showcase at The Jermyn Street Theatre in the West End plus two cabaret excerpts performed at « The Loft » at the Toulouse Lautrec Brasserie and The Bedroom Bar in Shoreditch. The show completed a sold-out run at the inaugural Paris Fringe Festival at the end of May 2016 and went on to the Edinburgh Fringe Festival 2016, running at The Space at Jury’s Inn for all of August. Thanks to the show’s success in Edinburgh, it was invited to South Africa at the beginning of March 2017 and completed five sold-out shows in Cape Town, Paarl and Heidelburg, garnering praise from South African critics and audiences alike. Back in the UK, the show then went to Bath, Birmingham, Manchester, Guildford, London and Brighton between the end of March and April 2017 delighting English audiences ! Due to public demand after two more sold out performances in Paris in November 2017 and February 2018, the show was programmed in Paris again for October 2018 after which the show went on to delight audiences again, this time in the US in New York (Don’t tell Mama cabaret), San Francisco (Exit Theatre) and Los Angeles (Paper and Plastik Performing Arts Space) before finishing its international tour in London at the Wimbledon Theatre in January 2019.

So you can hear some of the wonderful original music from the show, written with the very talented James Burn, here are four song excerpts, filmed at the « world première » in Paris at the Comédie Nation in November 2015 (N.B. The show has evolved since then; the mike stands have been replaced by head mikes and the props and staging have been developed. Please don’t forget to watch in 720 HD if you can) :

1. Oh my God Paris ! (about the amazement I felt when I first arrived in Paris) :

2. The Bill (the cantankerous French waitress sketch) :
3. The Compatability Blues (the title speaks for itself !) :
4. One Step Forward (a wonderfully positive note to end the show on) :
Here is a written presentation of the show and its creative team :
1. Updated LPR! Presentation Nov2017
And the show has picked up some very nice REVIEWS along the way :
1. The reviews of my spring tour 2017 in South Africa and England:

AUDIENCE REACTIONS AFTER PERFORMANCE ON NOVEMBER 13th 2017 IN PARIS

Thank you for reading and I hope you can see the show soon! 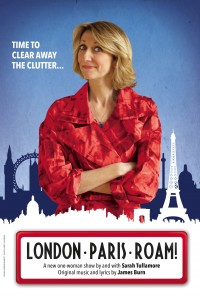